Founded by G J Humpherson in the County of Worcestershire, renowned for the best quality cattle, ‘The Horn Works Bewdley’ remained under the Humpherson family’s control for almost 200 years.

As well as producing a vast range of household items, the Humphersons also produced and supplied gun powder horns for use in the 18th century wars, including the American War of Independence.

In 1854, Florence Nightingale took Abbeyhorn beakers with her to the Crimean war. It is also spoken of, that her infamous horn lamp was made with lanthorn leaf from the horn works.

Relocated in 1912 to Gloucestershire, near to the site of the now ruined Abbey of Llanthony, where horn had been worked by the monks during the 17th century, the company was renamed ‘The Horn Works’. 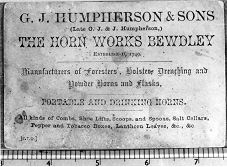 In 1920 it is speculated that ‘The Horn Works’ was sold to a relative of the Grove family of Halesowen, who, incidentally were famous for their horn button factory which dates back as far as the 16th century.

James Grove & Sons began business in 1857, manufacturing horn and hoof buttons. The company supplied many uniform buttons to organisations such as the Ministry of Defence and many sports clubs. In the 1950’s the company began making synthetic buttons and later expanded to making Polyester, Metal, Leather, Nylon and Shell buttons. Unfortunately, after being owned by generations of the Grove family for 155 years the factory closed down in 2012, due to financial difficulties.

The horn works only remained under the Grove family ownership for 3 years, purely as a business proposition. 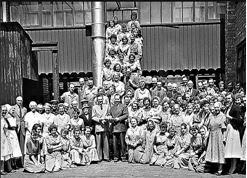 After the short ownership by the Groves, it was sold to Percy Leresche, who, “inspired by the signs on the railway sidings for The Abbey on Llanthony Road”, renamed the company “The Abbey Horn Works”

Leresche kept the company at Gloucester for 9 more years and then moved North to Kendal in 1932. 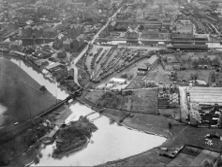 The horn comb works was located at Bela Mill, Milnthorpe, which is still there to this day as a modern company, manufacturing plastic combs. 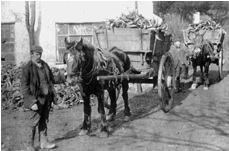 Mr & Mrs John Barnes bought the company from Leresche after his 35 years of ownership.

Leresche continued to work at the horn works until his death a few years later.

During this period, the export market flourished and as a recognition for his exporting skills, John was awarded an MBE.

The photograph pictured, from 1985, shows John Barnes being presented with a beautifully decorated horn from his workforce for his first 30 years of ownership, he went on to own the company for a further 5 years. Also pictured are Graham Bowles and Paul Cleasby who are still working horn to this day.

The company name was changed to ‘Abbey Horn of Kendal Ltd’. 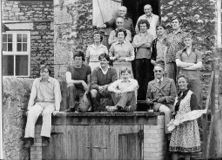 Paul Cleasby joined the team at Abbey Horn of Kendal Ltd as an apprentice horn worker at the age of 16.

Learning every aspect of the carver’s trade, flattening horn seemed to be the breaking in process for new recruits. If after three months of doing this job you were still there and smiling, you moved on to learn more intricate tasks.

It wasn’t long before Pauls management skills were noticed and at the age of 21 he became foreman. This was no easy task for Paul, as he was one of the youngest horn workers there.

After 11 years of working for the company, Paul had had long discussions with Graham whilst working together at the moulding benches and told him he wanted to own his own company. The thought soon materialised ‘why not the horn works?’.

In 1991 he bought the company from John Barnes and moved it a few miles away to the small village of Holme at the old Holme Mills site.

The company name was changed to ‘Abbeyhorn of Lakeland’. 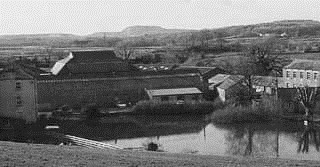 Paul bought the manufacturing side of the company ‘Horncraft’ off the Buyers’ family of Irvine, Scotland. 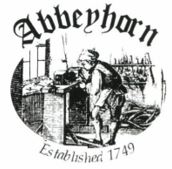 To reflect the company’s international standing, Abbeyhorn formed a Limited company, changing its name to ‘Abbeyhorn Ltd’ which we are still known as today.

The logo was re-branded to reflect a more corporate image.

Paul came up with the new design when he was doodling on a napkin whilst sat having his morning coffee. He was waiting to start work at the Mitsukoshi department store for Abbeyhorn in Tokyo. He was excited to bring this idea home and discuss it with his work colleagues. It is now famously recognised as the Abbeyhorn brand. 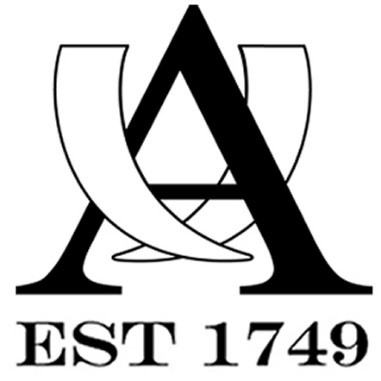 Today, we like tradition and still do things the ‘old way’. Traditional methods and machinery are still used to cut, saw, mould and polish the horns into our unique products.

The old horn workers would never quote the turnover of the company as a value, instead they would quote by quantity of horns used. Here at Abbeyhorn, we use this traditional method and can say that in 2018, our total quantity of individual horns processed and manufactured by hand, was around 90,000.

Our modern day, skilled workforce has 142 years’ experience between them. Graham having the most experience with 44 years, closely followed by Paul with 38.  For a small company, who currently employ only 12 members of staff (9 of these horn workers), have over 1000 trade customers and a popular retail website, we feel it is quite an achievement to be such a busy and popular business.

As well as being a popular, luxury item, horn has unique qualities and is the original, organic Plastic. It has all the same attributes of plastic without the terrible side effects. It is exceedingly strong and durable, it responds easily to heat and can be bent and shaped with ease and it doesn’t carry flavour, and this is why it is great for use as bowls, spoons and salad servers.

Horn is a by-product of the meat industry and with it being a natural, biodegradable material it has been ground up and used as fertiliser for hundreds of years as it is so rich in calcium it is great for use in the garden and for growing crops. Once discarded, it will leave no footprint for future generations to worry about unlike plastic.

The company today has a flourishing export market and with the power of the internet, it has reached many different countries worldwide. America and Japan are our main oversea markets, however in the most recent years, we have seen hornware travel as far as the sunnier climates of Australia and up to the cooler climates of Iceland. We are also becoming more popular in countries with new wealth, looking to impress with a very British Product. These include Russia, South Korea and China.

We are proud to be the last remaining horn works in Britain.

We use cookies to provide you with a better service. Carry on browsing if you're happy with this, or find out how to manage